In order to extend the lifetime of a “nearly depleted” gas well, Eltacon has delivered a Mobile WellHead Compressor.   The MWHC will boost the gas coming from the well to a suitable pressure for transportation and further processing. Using an oil injected screw compressor with a “wide range” capacity control, the package is suitable for lowering the well pressure down to 1 barg and therefore extending the total lifetime of the well. After depletion, the unit can be moved Read more » 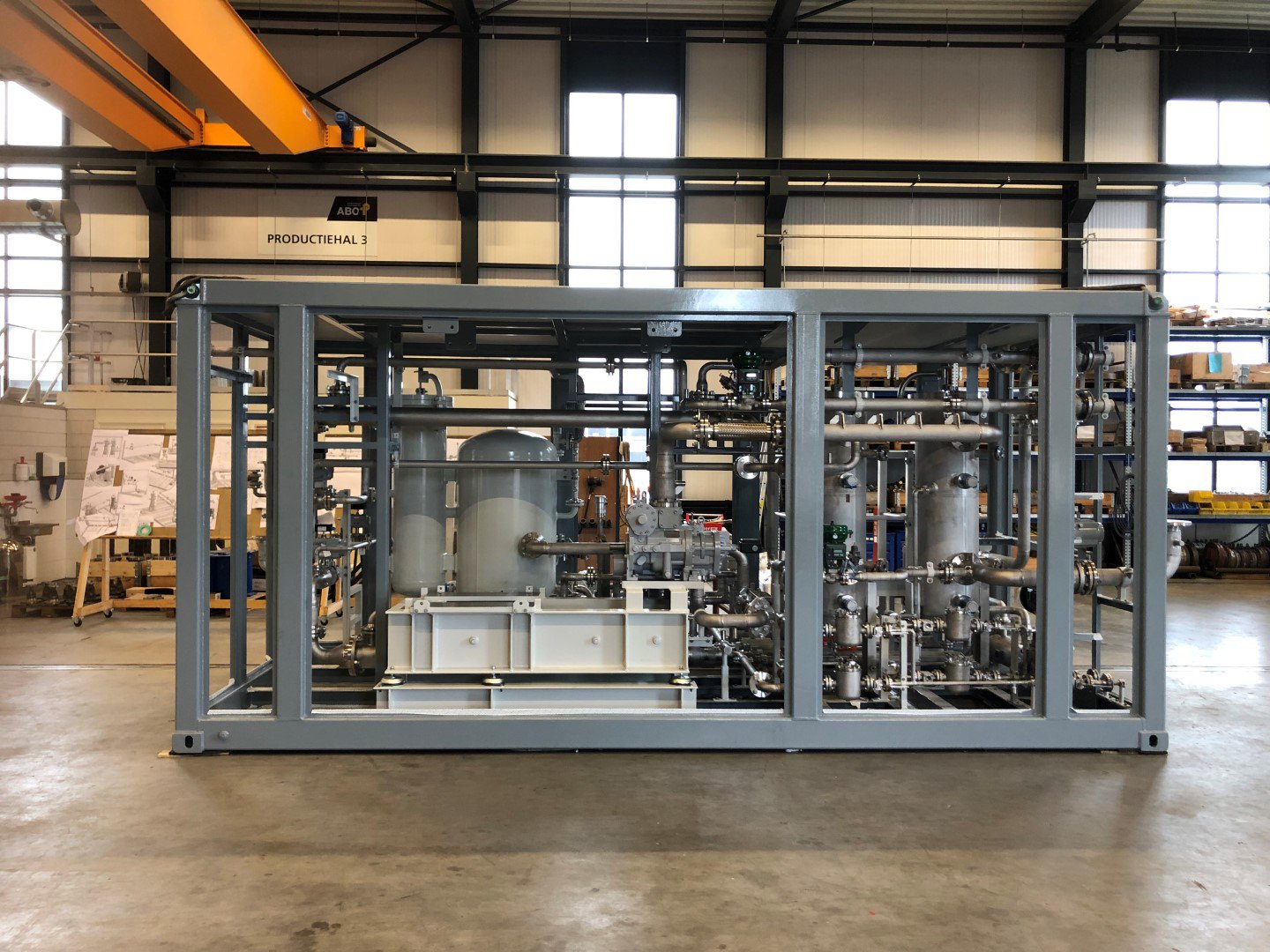 While drilling for oil, accumulated off-gas from the oil condensate is generally flared. Using an Eltacon off-gas compressor enables to re-use this gas for other applications, herewith reducing the impact on the environment.   For an offshore oil platform in the North-sea on the German coast Eltacon has supplied an off-gas booster compressor. The unit includes pre-filtration of the gas to eliminate free water from the low pressure gas feed line. After compression the gas is cooled to eliminate condensated Read more » 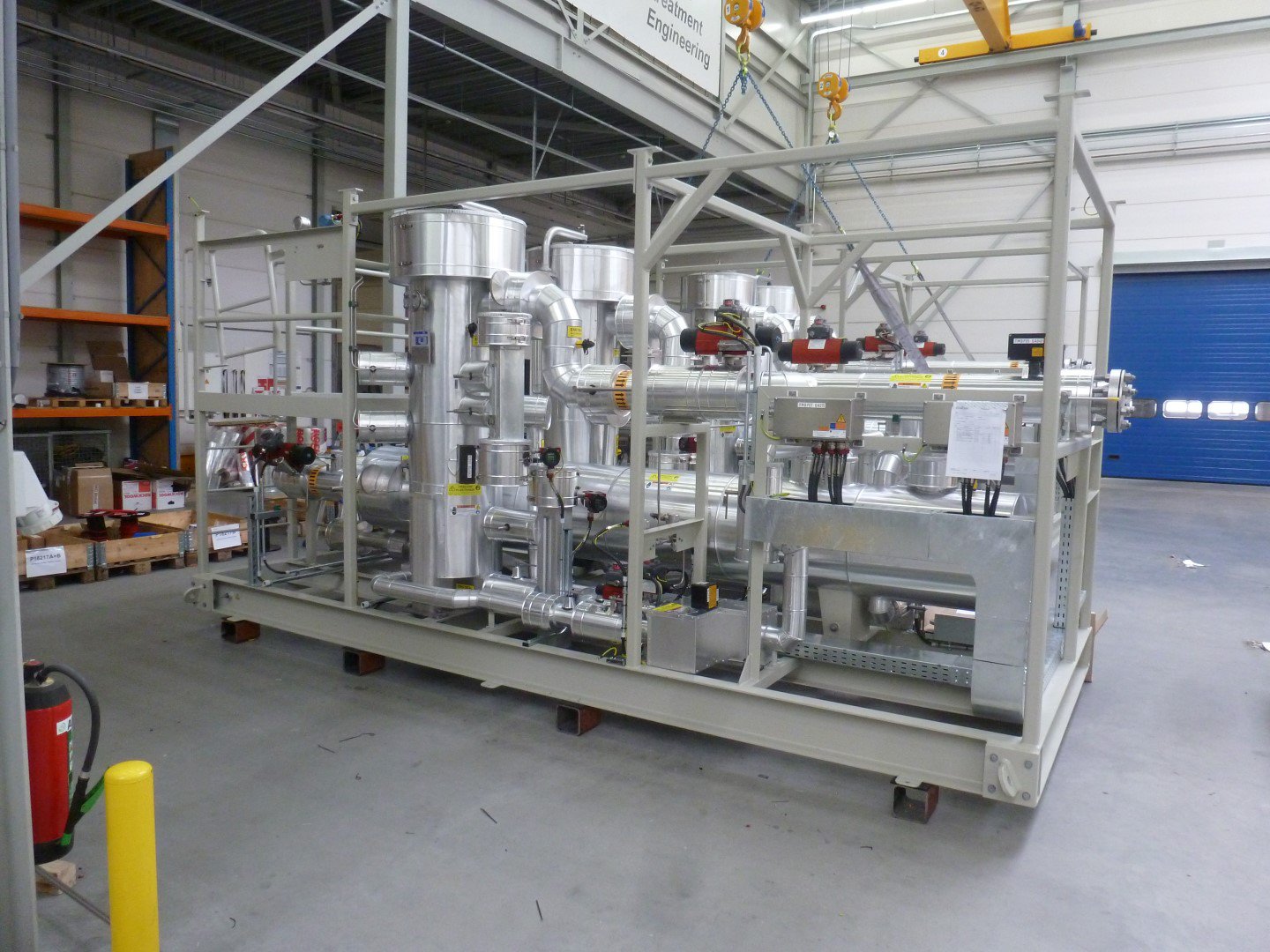 Each Fuel Gas Treatment Unit will be installed upstream a Siemens SGT-800 gas turbine.   To ensure the fuel gas does not contain any moisture the units have two combined knock-out & coalescing filter vessels installed in 2x 100% configuration. This 2x 100% configuration allows for continued operation in case of maintenance work. Switching between the operational and standby vessel can be done automatically my using the actuated isolation valves. Any moisture and condensate collected in the vessels will be Read more »

To transport off‑gas for the Azerbaijani state oil company, Eltacon supplies a series of six (6) gas booster compressor packages. The units are designed, manufactured and tested in The Netherlands.   Near Baku in Azerbaijan, the state oil company has multiple oil rigs in the Caspian Sea. At the offshore facilities, off‑gas (gathered from the produced oil) is collected to be transported to the main land.   For this Eltacon supplies six (6) gas booster compressor units that compress Read more » 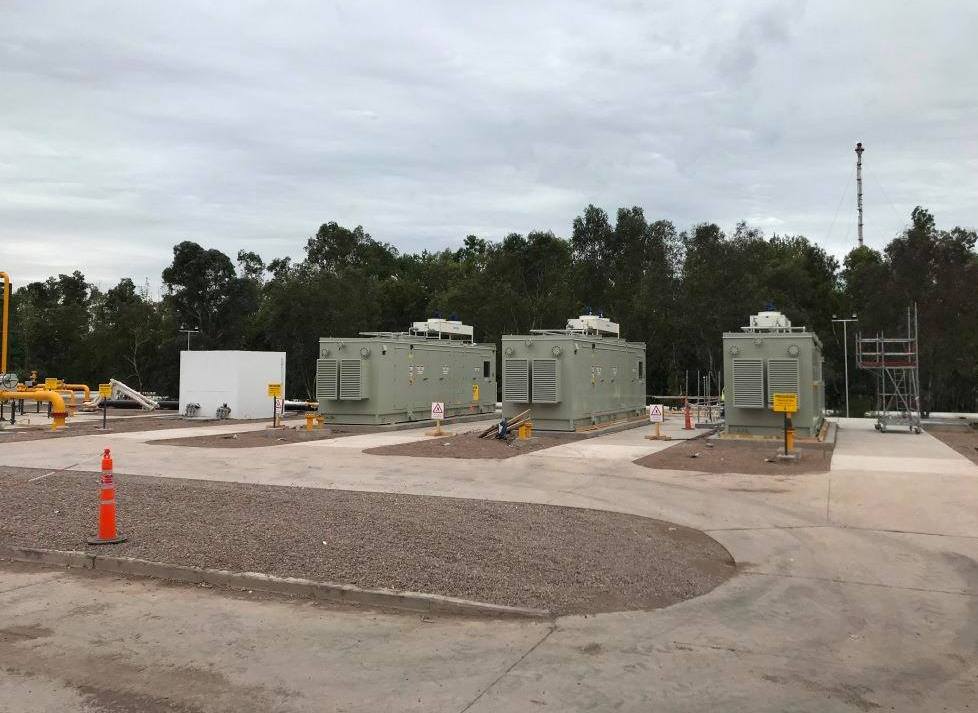 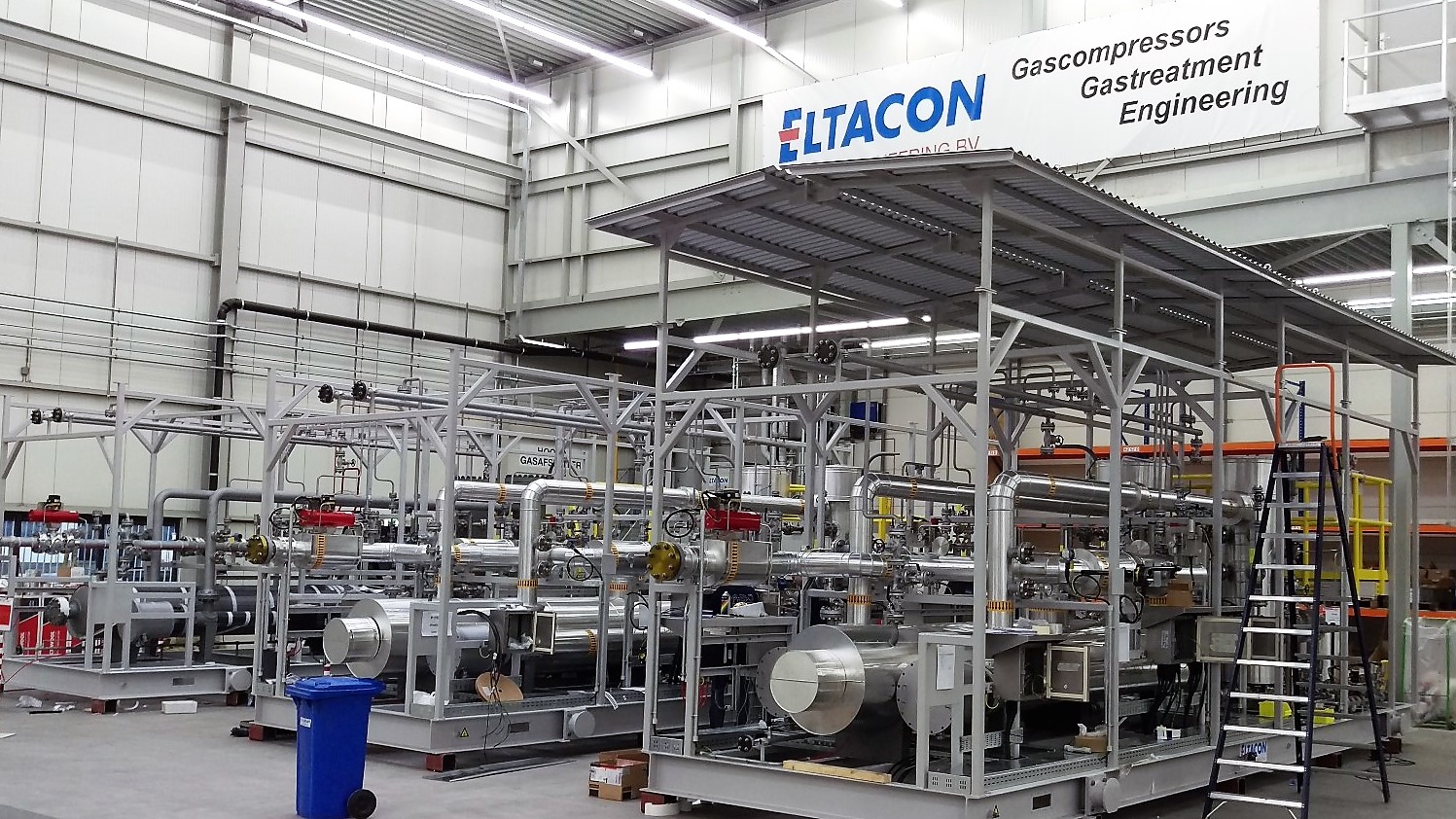 Eltacon has delivered four fuel gas treatment units upstream gas turbines for installation in Oman.   A petrochemical project has been constructed for a large plastic industrial complex in Fahud Oman. For this project 2 Gas Turbine driven compressors are used for NGL transportation as well as 2 GT driven power generators, 33 MW each.   The fuel gas treatment upstream the four gas turbines include combined knock-out / coalescer filtration and electrical heating. To cope with the environment in Read more »

Meet us at the Gastech Exhibition in Barcelona

Eltacon Engineering BV is actively expanding the market, searching for new partners as well as new sustainable technologies. Besides our experience in the Power Industry and the Oil & Gas market, our Gas Compression and Fuel Gas Treatment systems are being used in the LNG market, hydrogen compression, wellhead life extension etc.   The Gastech exhibition is one of the leading platforms to discuss the still growing gas market and to share mutual opportunities in renewable energy sectors. We Read more »

Balance of Plant equipment for Argentina

As part of two industrial power plants in Argentina, Eltacon has delivered several Balance of Plant (BoP) equipment.   The power plants are Las Palmas and San Pedro in the cities of Zarate and San Pedro, Argentina. The power is generated by multiple fuel gas fired SGT-800 turbines. The total power output of the plants will be around 690MW. Eltacon Engineering has delivered several different units to ensure the correct operation of the turbines.   The delivered units contain Gas Read more »

After its founding in 1987, Eltacon Engineering BV recently marked its 30 year anniversary. Starting as a small engineering company Eltacon grew out to an internationally reputable independent contractor for the on- and offshore petrochemical industry.   From the beginning in 1987, Eltacon Engineering BV has performed engineering and project activities for a large number of projects for numerous national and international reputable customers. Based on our three decades of experience, we offer third party engineering, packaging and consultancy Read more »